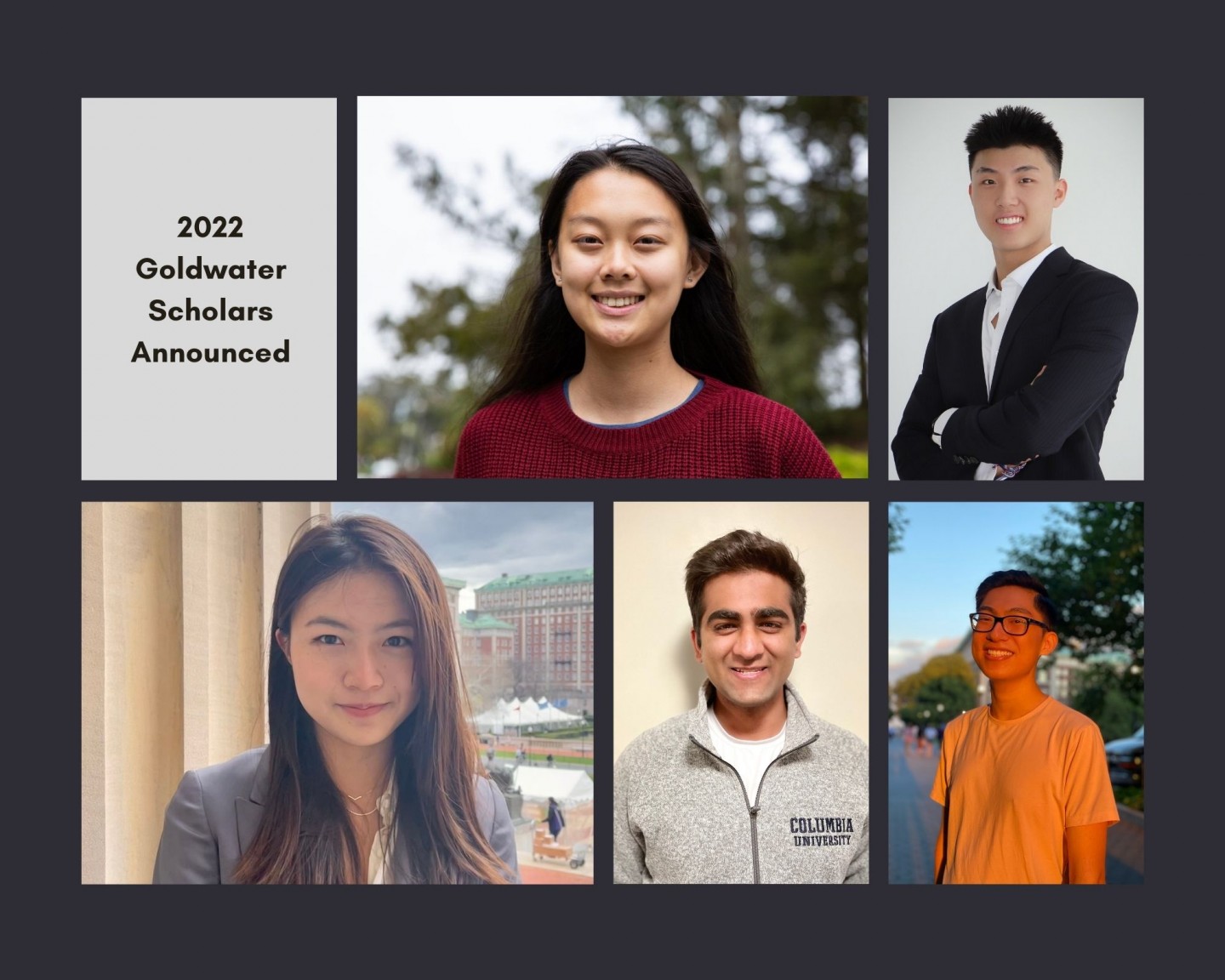 From an estimated pool of over 5,000 university sophomores and juniors, 1242 natural science, engineering and mathematics students were nominated by 433 academic institutions to compete for the 2022 Goldwater scholarships. Of students who reported, 175 of the Scholars are men, 234 are women, and virtually all intend to obtain a Ph.D. as their highest degree objective.

Through the Goldwater Scholarship, the following Columbia awardees have received funding for their respective fields of study:

Congratulations to this year’s Scholars!

The Goldwater Foundation is a federally endowed agency established by Public Law 99-661 on November 14, 1986. The Scholarship Program honoring Senator Barry Goldwater was designed to foster and encourage outstanding students to pursue research careers in the fields of the natural sciences, engineering, and mathematics. With the 2022 awards, this brings the number of scholarships awarded since 1989 by the Goldwater Foundation to 9870.

Rising sophomores and juniors at Columbia interested in learning more about applying for the Goldwater Scholarship program are encouraged to connect with Undergraduate Research and Fellowships.