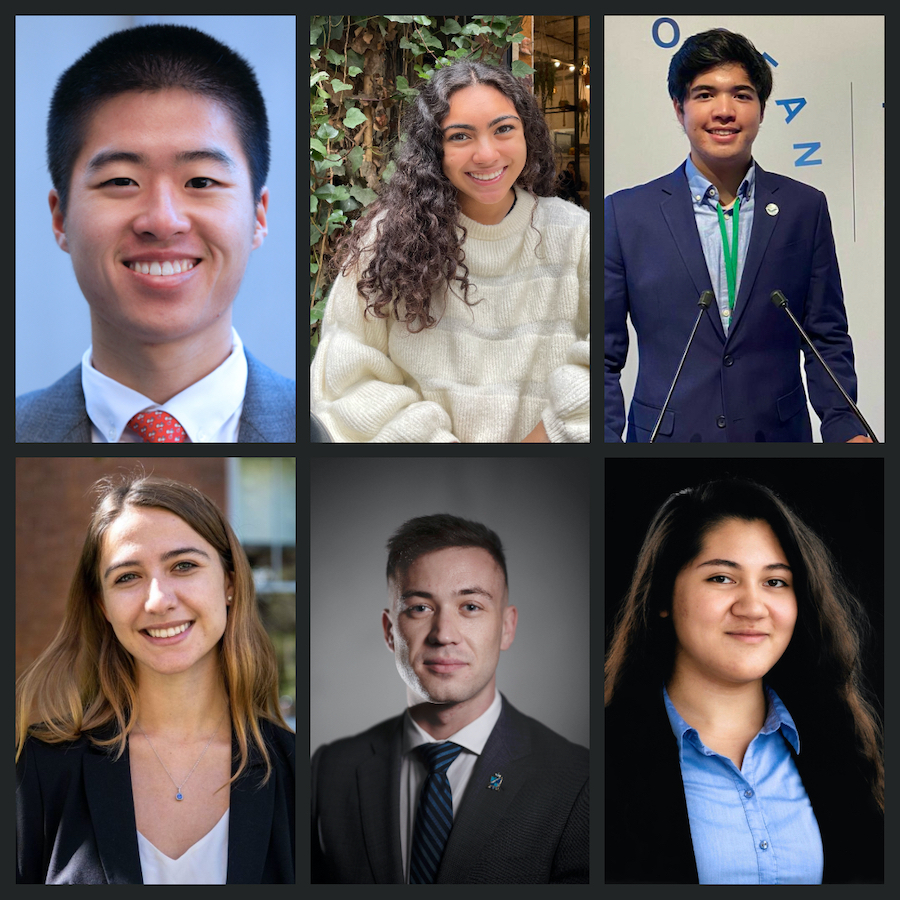 The Critical Language Scholarship (CLS) Program is a summer study abroad opportunity for American students to learn languages essential to America’s engagement with the world in an immersive, cohort based program abroad. As a program of the U.S. Department of State’s Bureau of Educational and Cultural Affairs, the CLS provides group-based summer intensive language instruction and structured cultural enrichment experiences for eight to ten weeks, in one of a dozen or more critical language sites overseas.

Anthony is a rising senior from Portland, OR who is pursuing a double-major in Political Science and East Asian Studies. In addition to studying East Asian Security and Chinese Foreign Policy, he seeks to deconstruct contemporary Chinese strategic decision-making by analyzing China’s domestic political environment, socio-cultural idiosyncrasies, and historical memories. This summer, Anthony will be attending National Cheng Kung University in Tainan, Taiwan, for an eight-week intensive Mandarin course through the Critical Language Scholarship. He hopes to apply the linguistic, regional, and cultural insights derived from this experience toward the pursuit of working for the State Department in the future.

Originally from Long Island, NY, Gilda is a rising sophomore in Columbia College. As a CLS finalist for Korean, she is excited to join a dynamic group of students at Chonnam National University (CNU) in Gwangju, South Korea this summer. Gilda is eager to use this opportunity to further advance her language skills as well as increase her understanding of Korean history and culture. In the future, she plans on pursuing a career within intercultural communication and collaboration. Within the Columbia community, Gilda is a representative of Columbia’s Undergraduate Recruitment Committee (URC) and she enjoys performing arts, playing viola with Columbia Pops, and singing in the Barnard-Columbia Chorus as well as with the New Opera Workshop.

From San Mateo, CA, Audrey looks forward to continuing to develop her Arabic language skills this summer at the Jordan Language Academy in Amman, where she will spend nine weeks through the CLS program. As a former CLS recipient and current history major at Columbia, Audrey hopes to apply her enhanced language skills to her history studies at Columbia in the fall.

As a rising junior in CC studying Economics, Political Science and East Asian Studies, Nicolas Lama, CC’24, from West Palm Beach, FL, looks forward to spending his summer at the Changchun Humanities and Sciences College where he hopes to deepen his cultural understanding of China and advance his future professional goals of working in international diplomacy. Nicolas’s goal is to become fluent in the Chinese language and use his skills to foster mutual cooperation towards addressing global issues and, in particular, the climate crisis.

Charles Smith, a native of New York City, will graduate from Columbia College this autumn 2022, following a summer in Bishkek, Kyrgyzstan where he will study the Russian language and Post-Soviet culture through the Critical Language Scholarship. A Comparative Literature & Society major, Charles is particularly interested in radio, formalism, and geography, and looks forward to deepening his understanding of these areas within the post - soviet context of his Kyrgys community.

Originally from Paramus, NJ, Ysabella Titi is a rising senior within the Dual BA program between Sciences Po and Columbia University. She will spend the summer studying Arabic in Tangier, Morocco and, as a Human Rights major with a Middle Eastern Studies specialization, Ysabella looks forward to building her Arabic language skills and developing a broader understanding of her intellectual interests within a Moroccan context.

William Yuen Yee, CC’22, graduated from Columbia University with a double major in Political Science and East Asian Studies. Originally from Porter Ranch, CA, William is currently researching U.S.-China policy for Dean Thomas Christensen and writing analysis pieces on China's foreign relations. In Indonesia, he is excited to further explore ways to strengthen the U.S.-Indonesia relationship and the nation's dynamic leadership role in the Indo-Pacific. After CLS, he will pursue a master's degree at the Paris School of International Affairs as the 2022 Michel David-Weill Scholarship laureate, where he will study international trade and the broader U.S.-EU-Asian triangular relationship