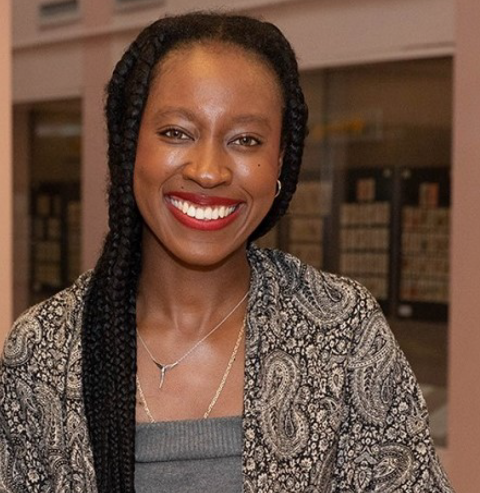 Bérénice Sylverain GS’20, originally from Pétion-Ville, Haiti, and a resident in the San Francisco Bay Area, has been selected as a scholar elect of the prestigious Marshall Scholarship. Sylverain will pursue two degrees at the University of Oxford, an MSc in Latin American Studies, followed by an MSc in Comparative Social Policy.

Established in the 1950s, the Marshall Scholarship provides two years of postgraduate study at any participating university in the United Kingdom. This year, 41 scholars were selected across the United States for the award, representing a broad range of academic disciplines and aspiring professional fields. This is the second year that Scholars were selected virtually, due to the ongoing COVID-19 pandemic.

Sylverain, who majored in English and Comparative Literature, transferred to Columbia’s School of General Studies from De Anza College. She is currently a graduate student in the Library and Information Science program at the University of Southern California.

Sylverain entered Columbia as a Jack Kent Cooke Scholar and became engaged in research that allowed her to explore her interests in Haitian literature, oral history and archival studies. Sylverain credits two faculty mentors, Professors Farah Jasmine Griffin and Kaiama Glover, with deepening her intellectual engagement with twentieth century Haitian and African-American literature, and inspiring her interest in library science. As a Marshall Scholar, Sylverain seeks to take advantage of Oxford’s expansive archival collections relating to Haiti and the region—resources that she understands as a critical resource to the future vitality of her home country. As Sylverain explains, “I was completing my application during one of the most tumultuous times in Haitian history. In the tumult, I found courage and strength to continue. I was reminded of why I needed to do this, why I needed to share with the Marshall Committee my hopes, dreams, and goals for Haiti.”

“Bérénice’s resilience and leadership, her intellectual and political imagination, her ability to build community and forge connections wherever she goes make her a wonderfully exciting candidate for the Marshall Scholarship,” said Ariella Lang, Associate Dean of Academic Affairs and Director of Undergraduate Research and Fellowships.

Current students and alumni can learn more about the Marshall and other fellowship offerings through the Undergraduate Research and Fellowships office.